African Diaspora and Development Day (AD3) is now in its 18th year, with a reputation as the most prestigious event that brings together African Diasporas living in the UK. It also serves as a platform for networking and sharing of knowledge, information and best practice, with UK, African and other multi-lateral policymakers.

AD3 2018’s theme will be exploring the question ‘From locally known to global brands – Where are all the global African brands?’ To gain answers to this question we will hear from 3 industry experts share their experience and knowledge about:
– Branding of African goods and services
– Scalability of African businesses
– Longevity of African industry – dealing with Founder’s syndrome

AFFORD would like to invite you to attend, benefit from our experienced speakers and network with like minded people.

Key speakers on the day will include: 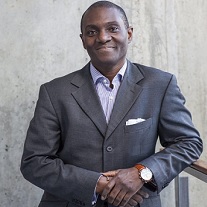 Ade Daramy is current Chairman of Trustees at AFFORD and works for the British government in a media advisory role. Ade has over 35 years experience working in broadcast and print journalism. He has worked as editor for Journal of Sierra Leone Studies, editor in chief for Promota Africa magazine, radio and TV Broadcaster for BBC World Service and works as a consultant on African Diaspora affairs. Ade was educated in both Sierra Leone and the UK and is the founder member of the Sierra Leone Diaspora Network and the Sierra Leone- UK Diaspora Ebola Response Taskforce (SLUKDERT). 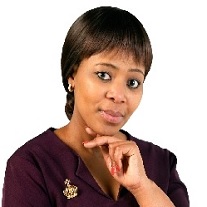 Ms Salela holds various consultancy and advisory positions for a variety of organisations including: board member of the Global Sourcing Council, ambassador for Sustainable and Socially Responsible Outsourcing in Africa, Executive Committee member of the Tri-Sister City Alliance, advisory council member of the World BPO Forum and works as a BPO/ITes Consultant for the World Bank.

Paul Asquith currently works as Engagement and Policy manager for AFFORD. Since 2012 Paul has helped develop and coordinate ADEPT, a network of African diaspora groups based in 30 European states that are active in development across a range of sectors in 54 African states.

Paul has 20 years’ experience of managing community development and public health projects, and conducting research in Africa, Europe, and the UK. For ten years Paul commissioned and managed specialist public health and treatment services in London for vulnerable groups including drug and alcohol users and sex-workers, with a particular focus on HIV and TB prevention. Paul is also a Research Associate at the Centre of African Studies, SOAS, University of London, where his research interests include: diasporas, migration, development, culture, health, and migrant communities; Islamic models of development in North Africa and the Horn; and Islamic education and development in Ethiopia. 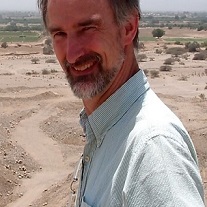 Henry Thompson is the project consultant for the Africa programme at Chatham House. Prior to this, Henry managed a DFID-funded rural development and research programme in Namibia; he then worked for JICA for four years covering Africa from London. During this time, his two main areas of expertise were developed: rural development in Angola, and humanitarian mine action. Henry subsequently worked in the Angola business unit of BP as a community affairs advisor.

Henry started out in rural development, promoting and applying the sustainable and equitable use of natural resources in arid and semi arid regions. In the 80’s he worked on commercial irrigation projects in the Arabian Gulf, but moved to examine desert ecology in the Negev.

In this high impact seminar Ronke Lawal will be providing strategic insight into how individuals can boost their personal brands. This is ideal for business owners, entrepreneurs or professionals who want to raise their corporate visibility and business credibility. Delegates will learn how to make more of an impact within their sectors both online via social media and offline at networking events or through public speaking opportunities. Ronke will also use PR tactics to show delegates how to use raise their personal brands effectively, develop effective relationships and build a community of personal brand ambassadors who will champion them throughout their career or business journeys.

Ronke Lawal, Founder of Ariatu PR is dedicated to seeing small business shine and succeed, using over a decade of business experience she will be giving business owners an overview of how to use PR to gain media coverage and ultimately grow their business.

AFFORD’s Business Club members will benefit from 40% discount. Send an email to events@afford-uk.org to find out more.

The SMART Technology industry is worth £14 trillion pounds. Whilst the UK commands 20% of the current market, it is forecast that 50% of the global growth in this industry will come from African SMEs. Lagos Nigeria is the first African SMART city. Operating in housing, industry, transport, environment and communications, there are numerous opportunities for SMEs to provide services for the SMART technology sector .

The programme will be delivered by Ervine Okuboh, Business Adviser for AFFORD.

This programme would provide the participant /learner with basic information and learning tools which will enable him/her to undertake competent financial management of their business. The content would cover cashflow forecasting,profit & loss, budgeting, audit and access to finance. The programme provides an understanding of the principles of financial management, acquiring budgeting skills and increasing your knowledge of cash flow management.

The programme will be delivered in Manchester by Ted Rowlands, Senior Business Mentor at Start-up Direct.

Ted Rowlands has worked with SME companies for over thirty five years. During this period he has worked as a senior manager with Natwest, managed three major business trusts and is now a Senior Business Mentor for Start-up Direct, the UK’s largest start up finance company. A successful and energetic Senior Manager, with extensive experience in working with S.M.E’s, he is an established, qualified and respected business adviser. In addition he has long standing experience and knowledge of establishing African owned businesses in the UK. He has successfully led business programmes in Liverpool, Manchester and London, from 1985 to the present date. During this period Ted has also formally advised successive UK governments about inner city business development.

This programme will provide 5 key pillars that every business needs to develop a marketing strategy:

This half day masterclass is suitable for anyone wanting to successfully implement marketing and PR in-house to increase their businesses profit and impact. In the session you will learn who your customers are, easy ways to reach those customers and what they want to know about your business offer.

The programme will be delivered by Denise Rawls, Business Adviser for AFFORD.

This programme will assist SMEs to understand the practical issues regarding international trade. Participants will be given information on key subjects, including tariffs, trading blocs, business regulation and market information.

Participants will be given information on key subjects, including tariffs, trading blocs, business regulation and market information. This programme will assist SMEs to understand the practical issues regarding international trade, be aware of the rules and regulations of international trade and give the participants a greater understanding and knowledge of global growth markets and the support structures available to SMEs.