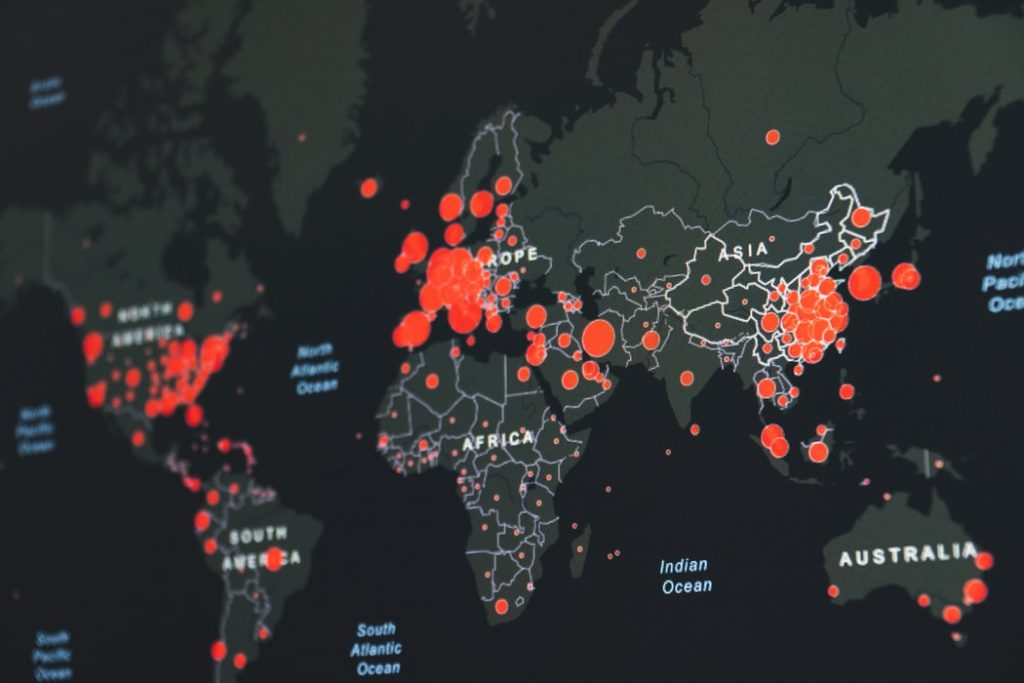 The likely impact of coronavirus on Africa is keeping a lot of people awake at night – both within the continent and plenty outside of it too, writes Paul Asquith, AFFORD’s engagement and policy manager.

On the surface, prospects for the likely impact of coronavirus pandemic on Africa are grim, given the weak state of health systems in most African countries and large populations of poor people.

The population of Africa is approximately 1.26 billion people. A Covid-19 mortality rate of 1% (the real mortality rate remains unclear) would mean 126 million deaths across the continent.

Some countries in Africa will be better able to withstand the outbreak, and eyes are on how those richer states with stronger health systems – such as Egypt, Morocco and South Africa – respond to the projected rapid increase in cases.

However, as we have seen in Europe and the US, even the world’s most advanced healthcare systems can barely keep up with the growing numbers of affected people and risk being overwhelmed. While countries in the Global North worry about how many thousands of ventilators they have and will need, there are currently only four ventilators in Somalia .

And if the economic downturn is huge concern for governments and businesses in the Global North, with debates raging about the ‘right’ balance between public health and economic priorities, African economies are already being affected by the global pandemic, as commodities prices plunge and remittances flows slow, as people outside the continent have less money to send or invest.

Africa has not yet seen as many coronavirus cases as other regions, but the number of reported cases depends on the numbers of tests being carried out, and the present extent of the infection among African populations is unknown.

African governments started to act relatively early, closing borders and airspace to try and slow the arrival of the virus in Africa. Kenya, Nigeria, and South Africa have all implemented public lockdowns to further slow transmission, with others expected to follow shortly.

Lockdowns are demonstrably effective in suppressing the spread of the virus but are much harder to sustain in many developing countries, where many family members may share a single room, many community members may share toilet and washing facilities, where there may be no running water with which to wash hands, and where people rely on work in the informal economy to survive.

Thankfully, African governments do not yet appear to be tempted to adopt the largely discredited ‘herd immunity’ strategy that was announced and then abandoned by the UK and a few other countries. There may be pressure for this to change, though, as the challenges inherent in enforcing a public health lockdown, and the attendant economic shutdown, start to bite.

Imposing a lockdown brings its own problems too: logistical, social, and political. Without time for sufficient planning and advance warning, people will struggle to prepare. Communities following alternative sources of authority – traditional, religious or political – may resist restrictions. Churches, mosques and other places of congregation have already become sources of infection in Asia and Europe, and will probably do so in Africa. Insurgents are unlikely to respect government public health directives.

It is for these reasons that the head of Africa CDC, John Nkengasong, has warned the pandemic risks becoming ‘a national-security crisis first, an economic crisis second, and a health crisis third’ in Africa.

Despite this bleak picture, there are seeds of hope for Africa during and after the pandemic.

Firstly, demographics – Africa’s population is a young one, with most Africans aged 30 or under. The data we have suggests younger people are affected by Covid-19 much less severely.

One of Africa’s great resources is its people – there is huge home-grown talent and knowledge locally and in the African diaspora globally already working to overcome the outbreak. The diaspora has always shown they are willing to contribute more – more money, in terms of remittances and investments, and more expertise, through transfer of skills and know-how – in times of crisis.
Secondly, African societies have had to weather massive environmental, health, economic, and security crises over recent decades. People have much greater lived experience of, and resilience towards, situations of extreme adversity, and have learnt to adapt.

Thirdly, in part because of Ebola and other infectious disease outbreaks, disease surveillance systems and networks are relatively strong across parts of Africa, with high levels of local and diaspora experience and expertise. Local populations in many areas are used to responding to periodic outbreaks of infectious diseases, and adapting behaviours and practices to keep them safer and healthier.

During the Ebola outbreak in West Africa in 2014-16, despite huge technical and financial resources deployed by the international community and the diaspora, it was only by working with and through local communities – who ultimately adapted to and adopted the severe restrictions to their lives – that the outbreak was overcome.

Addressing the enormous challenges posed by the coronavirus outbreak in Africa will require strong regional and continental leadership and coordination, and the pandemic will be a big test for the African Union as well as for WHO and other UN agencies. African governments will also need to take care not to implement top-down solutions developed in very different contexts without first adapting them to local realities.

It will also require large inputs of financial and technical resources from the international community – and the diaspora – to tackle the health crisis in African states, support both the formal and informal economy, and help rebuild shattered livelihoods.