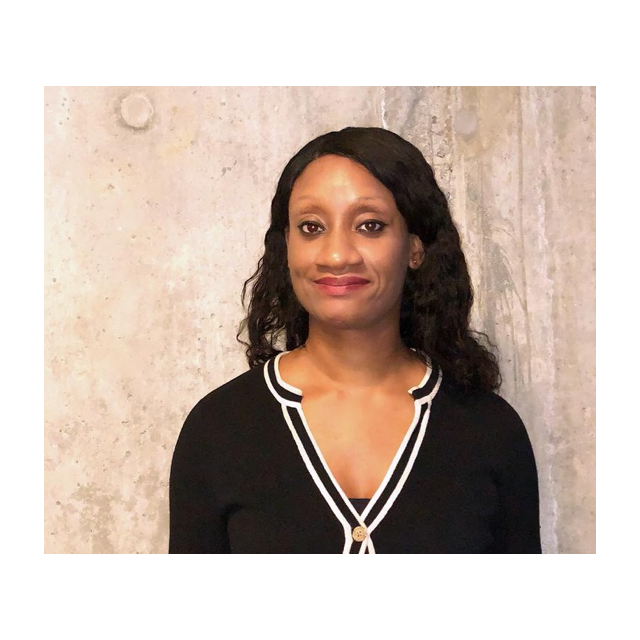 AFFORD is pleased to announce that Ndidi Njoku has been elected as Chair by the AFFORD board of trustees with immediate effect. Ndidi has been a Board member since 2014 and replaces Ade Daramy who stepped down after 3 years.

Currently, Ndidi works in the Global Banking and Markets division at a global investment firm, where she has held several global and regional roles.

Having held a number of high profiled positions, Ndidi began her career as a regulatory specialist at the UK utility regulator Ofgem, where she analysed modifications to the gas and electricity infrastructure and trading arrangements, and developed Ofgem’s view on areas including Reconciliation by Difference.

As a DIFID consultant, she worked on Migration and Development issues, including the role of the Diaspora, and Branchless Banking as part of the Financial Sector Team; which included monitoring the impact of MPESA.

Between 2011-12 Ndidi was seconded to HM Treasury (HMT) to lead the MIFID II review of the commodities derivatives; negotiating the UK’s position in Europe.

From 2007 to 2014 at the UK Financial Conduct Authority (FCA), Ndidi worked on the FCA’s wholesale conduct agenda, leading the FCA’s supervisory review of MIFID and contributing to policy work on a number of areas, including conflicts of interest, wholesale inducements and use of dealing commission/investment research.

Ndidi has held several other advisory positions and is the MD of Markets4Development (M4D), a philanthropic company which facilitates entrepreneurs, market development and trade to African countries.

“I am honoured and delighted to be appointed as Chair of AFFORD, and further proud to be its first woman Chair.  I look forward to working more closely with the AFFORD team and its partners, as we further accelerate work on sustainable finance projects in Africa.

“I am hugely grateful and thankful to Ade for the work he has done, providing leadership for AFFORD with such grace and patience during his time as Chair. Ade’s passion, knowledge and expertise have been fundamental to our development and growth and, although stepping down given his plans to relocate to Gambia following retirement Ade will remain on the Board providing an on the ground African perspective into Board deliberations.”

“We are delighted that Ndidi remains at AFFORD as Chair. The role of Chair is all about strategy, scrutiny and support. Ndidi brings with her a wealth of experience including strong analytical, management and leadership skills. This is particularly important at a time when AFFORD celebrates 25 years of its continued mission to expand and enhance the contributions Africans in the diaspora make to African development and as it accelerates its work on facilitating contributions of the Diaspora on sustainable finance projects.”

As a diaspora led charity based in the UK, AFFORD supports over 80 businesses investing in Africa and has itself invested over £1 million in business support and job creation initiatives across a number of countries, creating over 1000 jobs in the process.

For enquires contact the AFFORD Communications Team on 020 3326 3750 or email info@afford-uk.org